Acting Out received a $15,000 grant from the Chief Minister’s Charitable Fund for a three-day school holiday film program aiming to provide social connection and creative expression opportunities to LGBTQIA+ youth aged 12-17years. The program was run by two drama tutors from Rebus and a support worker/counsellor provided by our project partners Meridian (formerly Aids Action Council). 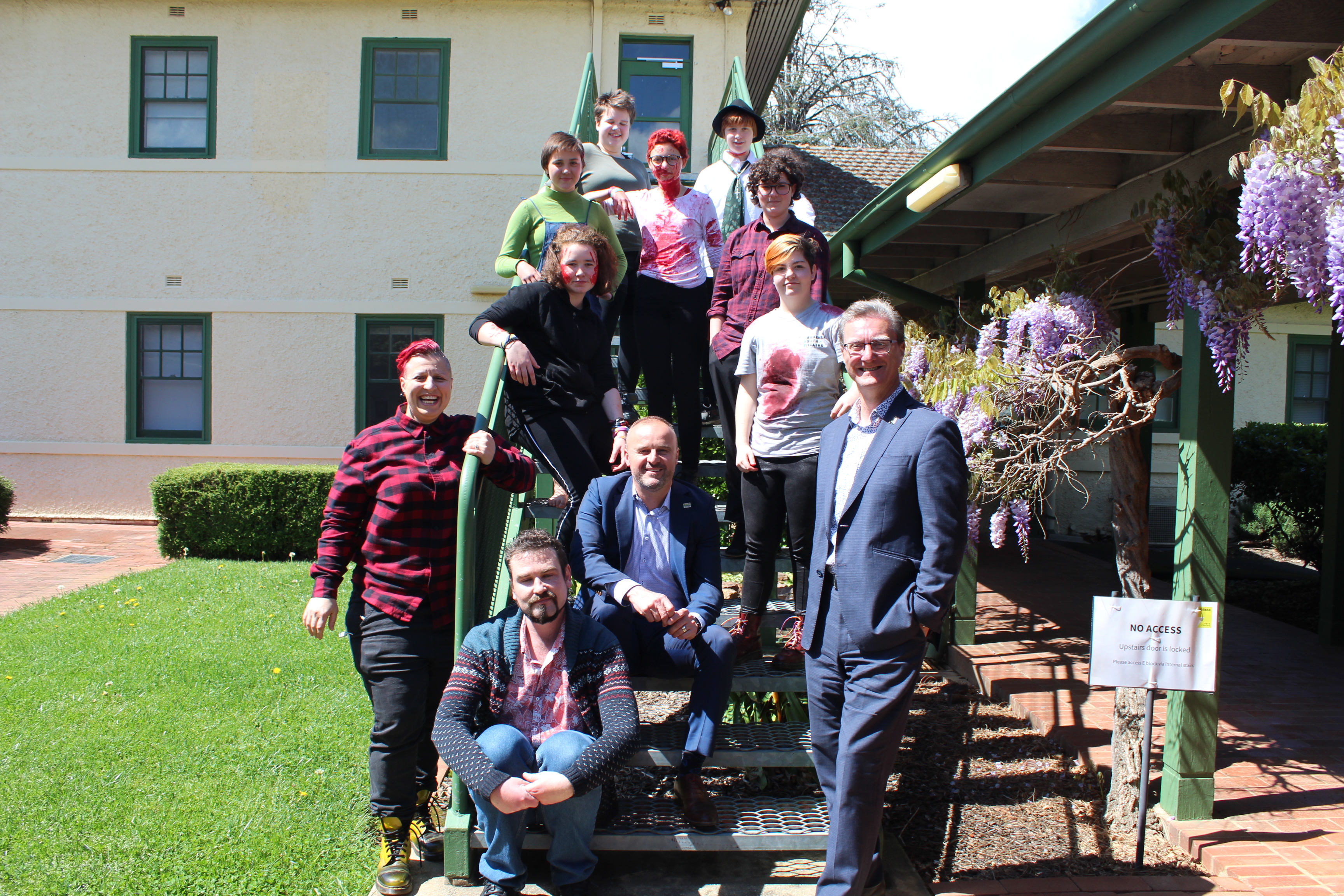 Acting Out received a $15,000 grant from the Chief Minister’s Charitable Fund for a three-day school holiday film program aiming to provide social connection and creative expression opportunities to LGBTQIA+ youth aged 12-17years. The program was run by two drama tutors from Rebus and a support worker/counsellor provided by our project partners Meridian (formerly Aids Action Council).

The repurposed project was named Acting Out: On Screen and attracted nine participants who all attended the full program. The program involved the participants writing, directing, shooting, and editing a short film with only minor assistance from the tutors.

The support workers’ objectives were to create a safe space, with discussions around boundaries and consent, and to make sure the participants’ emotional needs were met if any of the activities gave rise to emotional triggers.

Direct beneficiaries: 14 LGBTQIA+ Youth took part in Acting Out in its two formats. Seven attended the weekly classes with two of those joining seven other youth for the Acting Out: On Screen school holiday program. The ages ranged from 12 to 17 with the average age of 14.

The majority of the participants were from Canberra, but there was one participant from Yass, and another from
Goulburn.

Indirect beneficiaries:
Parents, carers and family members of participants expressed great appreciation and a strong desire
to see the program continue in future.