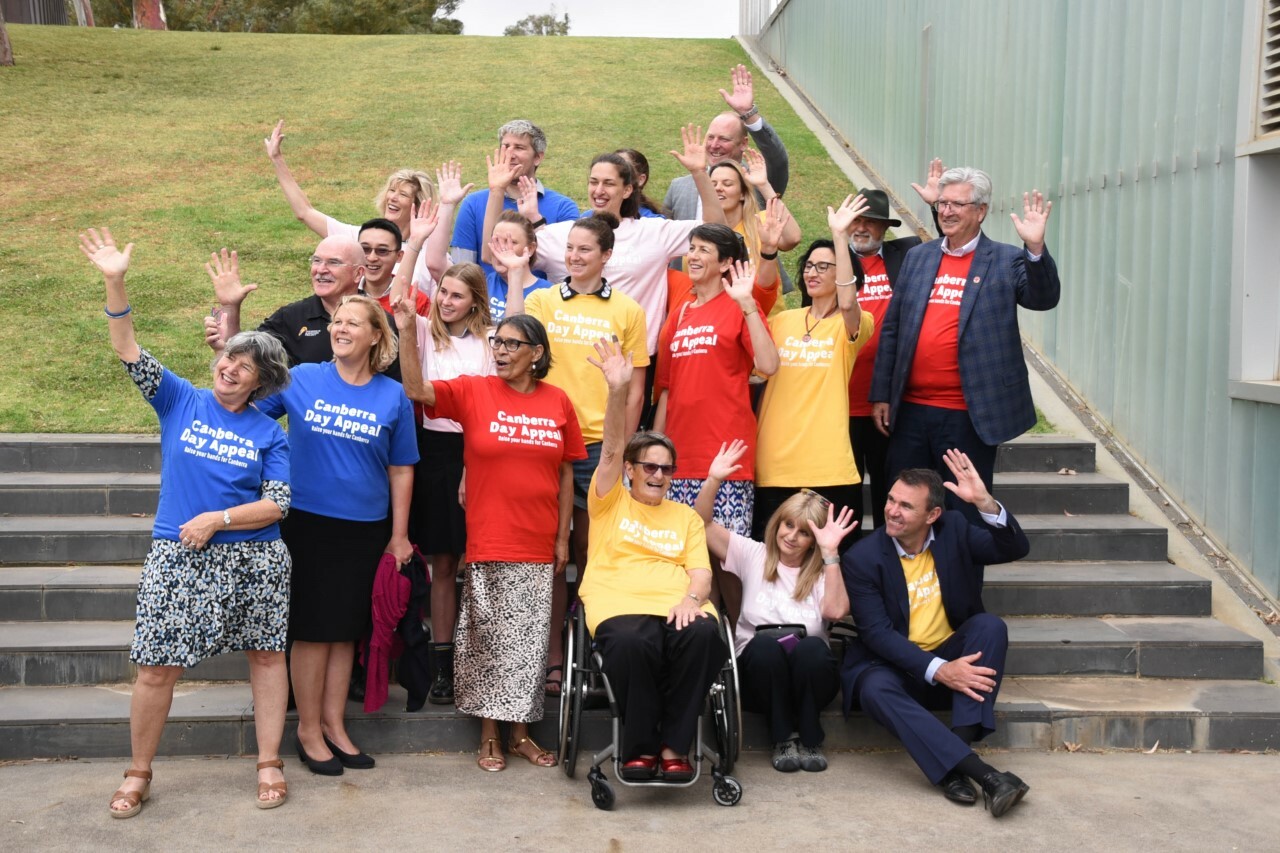 The Canberra Day Appeal hopes to raise much needed funds for the many local charities and organisations that assist those in our community who need it most.

Peter Gordon, CEO of Hands Across Canberra (HAC), says the Canberra Day Appeal calls on Canberrans to raise their hands to help those in need by donating as little as $10 each.

“The objective of the Canberra Day Appeal is to encourage as many people as possible to donate as little as $10 each to help our most vulnerable citizens, both now and into the future,” says Peter Gordon.

“Of course, if individuals, local businesses or social groups can donate more, then we would gratefully welcome these contributions as it only brings us closer to our goal.

“The campaign has been launched with many notable Canberrans already raising their hands for the cause, including Joe Roff and Rob de Castella. Our favourite sporting teams have also joined in on the appeal with the Brumbies, the UC Capitals and the Cavalry all showing their support.

While the ACT is a relatively well-off community, there are some hidden realities for many people living in our great city, including the one in 200 people who are homeless or the one in 25 people with a severe or profound disability who require assistance to live a full life.

Diane Kargas Bray AM, Chair of HAC, describes the role that HAC plays in the community, working with over 250 charities and organisations in the region who need funds so they can continue to protect those Canberrans who need it most.

“Our role at Hands Across Canberra is to give local charities and organisations access to funds and resources so they can continue the great work they do supporting those most in need,” says Diane Kargas Bray AM.

“Sadly, not every charity or cause enjoys the same level of awareness or fundraising ability as others. There are some that work with people who face tough or unfashionable causes, and for them it can be difficult to access resources for the important work that they do.”

“By supporting the Canberra Day Appeal, you will not only be supporting over 250 charities that we work with today but also the many worthy cause that may arise in the future.”