Launched by Hands Across Canberra (HAC) the Canberra Day Appeal “Hands Up 4 CBR” Giving Day is the region’s largest charitable fundraising appeal, with over 60 local charities and community organisations participating in the event. The annual fundraising drive aims to get Canberrans to give where they live by shining a light on the needs of our immediate community. HAC solely works with Canberra charities and community organisations, ensuring that the money they receive goes directly towards local people in need.

Peter Gordon, CEO of Hands Across Canberra, was extremely happy with the initial target, but was encouraged to stretch it further as the charities were extremely motivated to keep on going and raise as much as they could in the limited time frame.

“We know how generous Canberrans are, as they give hundreds each year to many worthwhile causes both nationally and internationally,” says Peter. “We hope to have Canberra Giving Day become an annual tradition of giving where workplaces, schools and individuals want to take place collectively for the greater good of our community”.

“I would like to thank everyone who got behind the campaign, in particular those who made the matched funding possible. Without the generosity of many local businesses and the Chief Minister’s Charitable Fund, these results would not be achievable”.  “I could not be happier with the success of our second year. I was deeply encouraged to see all aspects of the community eager to be involved – from big corporates, small businesses and even the charities who were extremely motivated to keep on going and raise as much as they could in the limited time frame”.

“We hope the local community will come to see Canberra Day as our day to help our people and keep this fun-raising initiative for years to come”.

Over nearly 4,000 donations were received. One large donation was directly made to Raw Potential on behalf of the Chappell Foundation for $75,000 and Canberra Data Centre for $25,000 at the kick-off event on Tuesday 9th March. Zango also made a $10,000 donation to the Leukemia Foundation’s ‘World’s Greatest Shave’ which saw Peter Gordon shave his head at the event. 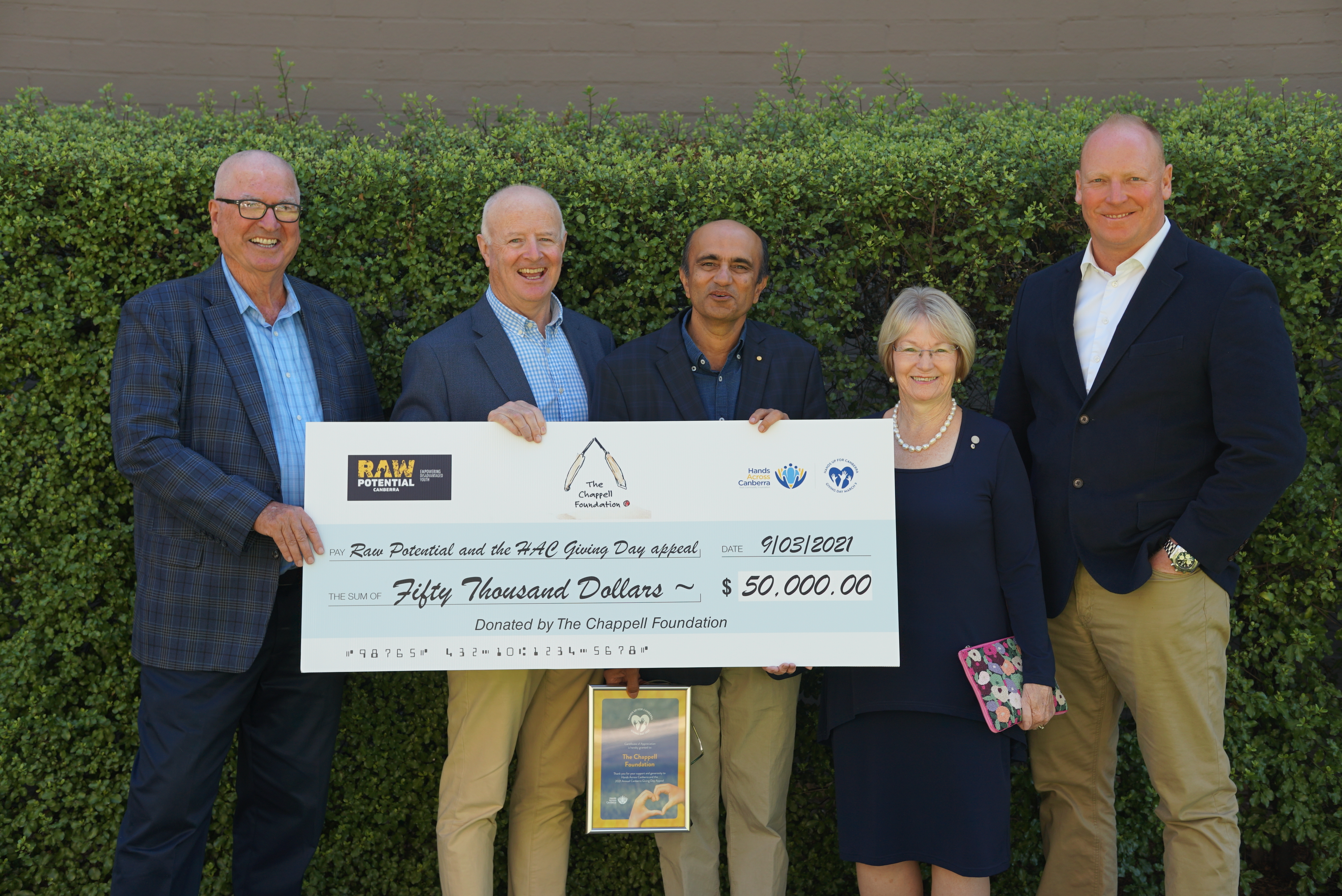